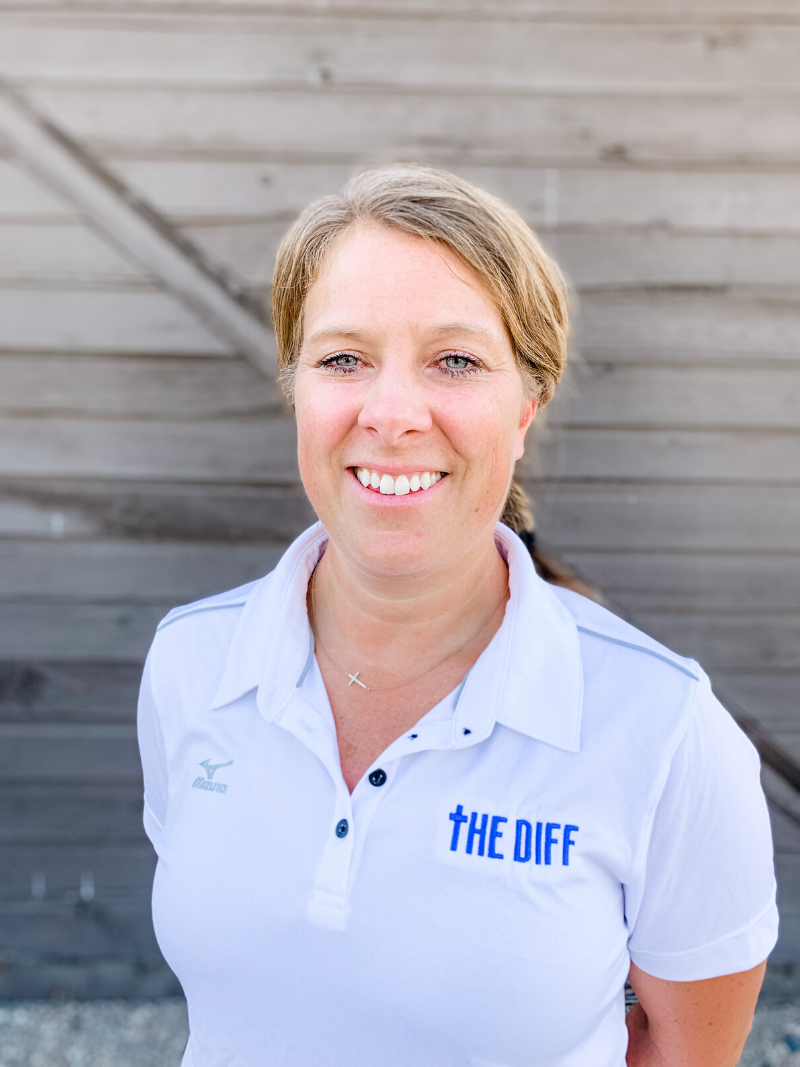 Carrie is a native of Colorado and has been coaching for 22 years! She played collegiate volleyball at Dakota Wesleyan and Metro State University. Carrie was the Assistant Coach at Grandview High School for 14 years where she won 4 State Championships. She then became the Head Coach at Smoky Hill High School where she led her team to playoffs for the first time in many years.

Carrie is a great communicator that loves to build relationships with her athletes. She has a wealth of knowledge of the game and the heart to coach each player into becoming a strong athlete and even a stronger young woman.

How has The Diff made a difference in your life?

What are your super powers as a coach?

“I love building relationships with athletes that last well beyond the season.  It means so much to have previous athletes contact me for advice or to get some coffee to catch up.”

Tell us about a coach, educator, mentor or role model that made a difference in your life.

“My dad was my volleyball and track coach in high school.  One thing I always admired about him was the fact that he was never willing to compromise his values.  He stood for something and he fought for it everyday no matter what.  It can be so easy to compromise our values when things get tough so he has always been an inspiration to me because he never did.”